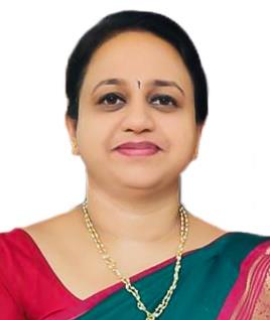 Infectious diseases become a global health problem due to changes of host populations, characters of pathogens and changes in environment. Therefore, the need of developing optimized drug formulations to minimize the drug resistance and to widen the spectrum of antifungal activity against highly drug resistance fungal infections. Nanosponges have got a significant application in targeted controlled release. In this scenario, Onychomycosis is considered as one of the cosmetic problems leads to cellulitis in adults and diabetic patients. Fungal nail infections are difficult to cure due to the failure of first round treatment. In most of the severe cases toe nail fungal infection leads to permanent damage to the nail and it may have to be removed. The objective behind the present work is based on the concept of developing nanosponges of itraconazole enabled in adhesive transungal patches to overcome antifungal drug resistance for targeting Onychomycotic nail. The challenge behind the transungal delivery system is to manage the drug delivery to nail, because nails are made of keratin, which is non-vascular and is impermeable. So, the eradication of onychomycosis is difficult to achieve. Itraconazole is an alternative first line therapy for dermatophyte infections, with intermittent pulse dosing is safe and effective for a continuous short-term therapy. Itraconazole comes under BCS Class II, with very low water solubility i.e.; 1-4ng/ml. Due to increase in untoward side effects and highest risk of liver injury occured in the oral therapy, there is a demand for a newer therapeutic approach. Patients with diabetics and immunodeficiency disorders are in the high risk of onychomycosis. So, it is difficult to achieve therapeutic activity of the drug, if it is in the form of conventional dosage form. So, to achieve an effective drug delivery and to maximize the effectiveness of the drug to the right place, nanosponges of Itraconazole loaded transungal patches are designed. These patches are aesthetically acceptable which can permeate the drug to the nail
cuticle. Nanosonges loaded Itraconazole transungal patches were prepared by solvent evaporation techniques. Different polymers like Ethyl cellulose (EC), Hydroxypropyl methyl cellulose (HPMC K 100) and Eudragit RS 100 were dissolved in a suitable solvent until a uniform solution was obtained. The solvents used were methanol and dichloromethane. Polyethylene glycol and diethyl phthalate is used as permeation enhancers and plasticizer respectively. The study is outlined by the application of Analytical Hierarchy Process for the selection of best approaches for nail drug delivery using multicriteria decision making tool. Optimization of formulation and prediction of drug release, permeability etc. The developed nail patches loaded with Itraconazole nanosponges is used as a promising tool for the treatment of Onychomycosis. This novel antifungal therapy helps to avoid the surgical removal of nail for onychomycosis patients with deeper drug release and drug retention in the nail cuticle. Because longer therapies and technical treatment methods may frustrate the patients. Patients who are suffered from onychomycosis are facing embarrassment and disfigurement in the society. So, this newer treatment solution can improve the quality of life of patients.