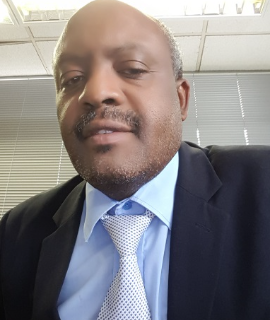 The various mechanisms of sol-gel formulation based on sol-gel phase transitions discussed in this paper share one commonality. The pharmaceutical or novel drug is dissolved in the aqueous solution of the gel followed by initiation of the transition to give a gel formulation in vitro or in-situ. GELRITE for example is a commercial natural hetero-polysaccharide which forms stable gels upon sol-gel transition, typically initiated by soluble salts at physiological temperature. Agar on the other hand is a mixture of two components: the linear polysaccharide agarose and a heterogeneous mixture of smaller agaropectin molecules, in which the gelling agent is the linear polysaccharide which first forms the phase 1 gel in the linear helical secondary structure and phase 2 as the globular tertiary structure. In aqueous solutions, this sol–gel transition occurs between 32°- 47°C subject to a number of factors. When the nutraceutical is dissolved in the solution of the gelling agent already contained in micelles, liposomes, or dendrimers, multi-stage pharmacokinetics and a high degree of control may be engineered in which delivery consists of controlled release of the nano-conjugate systems from the gel, followed by liberation of the active component of the nutraceutical formulation from the nano-conjugate system, because these require quite different sets of conditions. Release of the material from the gel may be triggered by changing conditions of pH, while release from the nanoconjugates may be triggered by contact with the target cell membranes.  For example, P407-25R4 can be loaded with free-flowing pharmaceutical solution at room temperature to form a stable gel at physiological temperatures. PEG based copolymers are generally systemically injected as free-flowing liquids at room temperature to achieve thermosensitive gelling at physiological temperature which can be used for physiological stimuli responsive placements of specific implants.  The sol-gel polymer is accepted as an excellent platform for the immobilization of a wide range of bio-compatible materials intended for physiological impact upon systemic as well as targeted gelation and controlled internal release.

Prof Songca is the Deputy Vice Chancellor for Teaching and Learning at the University of KwaZulu-Natal. Previously he served at the University of Zululand, and prior to that at Walter Sisulu University in the same capacity. Prior to this, he was the overall coordinator for the turn-around framework projects, and prior, he was the executive dean of the faculty of Science, Engineering and Technology at Walter Sisulu University. He qualified with a PhD from Queen Mary and Westfield College, University of London, in organic chemistry with a medicinal slant and has experience in this area spanning over three decades. He has attracted several research grants, so far in excess of R70 million from NRF, SAAVI, DTPS, Anglo American, DeBeers, Sentrachem and others. He has read more than 90 conference papers and published more than 110 articles in both local and international Journals and books. He has 25 years of experience lecturing chemistry at five different universities 1983-2008. He is married to Reverend Nokulunga Patricia Songca, a friend, partner and ally of great influence for 38 years.