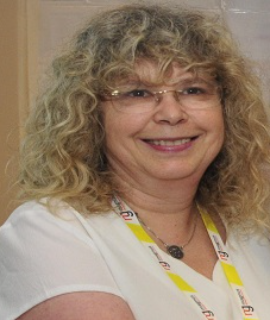 Colorectal cancer (CRC) is the third leading cause of cancer-related deaths in both men and women, with over 1 million people diagnosed each year. In around 85% of the people suffering from a precancerous condition (colorectal adenomas), malignant transformations (carcinomas) or advanced colorectal cancer the tumor suppressor adenomatous polyposis coli (APC) losses its function. Loss of APC results from sporadic or hereditary mutations in the gene coding for the APC protein and leads to uncontrolled expression of cancer promoting proteins. Part of these mutations are nonsense mutations, that are a substitutions of a single DNA nucleotide that creates a pre-mature stop signal in the mRNA, which leads to translation of a truncated, non-functional protein. If the cells protein translation system could ignore these premature stop codons and “read-through” them, the production of a full-length functional protein will be restored. Some antibiotics, which bind the ribosome, were previously shown to have such a capability however these antibiotics have toxic effects. Using a novel screening system, we have identified several agents capable of inducing ribosomal “read-through” of such premature stop codons. Our results show that different members of the macrolide antibiotic family, can lead to “read trough” of the APC nonsense mutations. Treatment of transgenic mice with an APC mutation with different macrolide antibiotics reduced cancer related phenotypes including intestinal polyps size and number. Based on these promising results, a clinical trial is currently conducted at the Sourasky medical center (in collaboration with Dr. Revital Kariv, Digestive Disease Center Tel-Aviv Medical Center) treating Familial adenomatous polyposis (FAP) patients. FAP is an inherited condition in which numerous pre-cancerous polyps form, manly in the large intestine, due to germline mutations in the APC gene. If these polyps are not treated whey will develop into colorectal cancer. Curranty we are treating four patients, and based on our preliminary results we have just received authorization to recruit children and approach other hospitals and medical centers. As we believe that this treatments strategy holds high hopes for both sporadic and hereditary cancer patients, we have begun a large-scale screen aiming and pinpointing the most efficient macrolide that can induce APC nonsense mutation “read-through”

Takeaway Notes:
• This is a study that has moved from basic science into the clinic. I will be discussing repositioning of antibiotics for novel usages such as cancer treatment.

Rina Rosin-Arbesfeld as a postdoctoral fellow at the LMB-MRC Cambridge UK, started studying the Wnt pathway using different genetic models such as the Drosophila fruit fly. At the Sackler School of Medicine at Tel-Aviv University I expended my research to identify and study new components and mechanistically aspects of the oncogenic Wnt pathway. As a PI I started studying novel connections between Wnt signaling and colorectal cancer (CRC). Recently, in collaboration with the gastrointestinal department at the Sorasky medical center, my basic research work has transform into a clinical trial (NCT02175914)