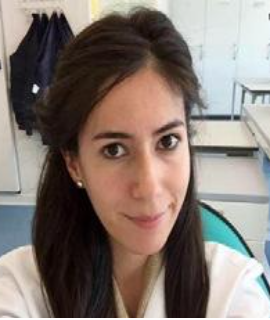 During the biological process of biogas upgrading, H2 and CO2 are converted into CH4 and H2O, however the main limiting  factor  is  the  low  mass  transfer  of  the  gaseous  H2  in  the  liquid  phase,  resulting  in  a  low  production  rate  of  CH4. T he addition of some nanoparticles (NPs) in anaerobic digestion (AD) process can present a negative or positive effect on the production of CH4 and biogas. Casals et al. (2014), reported an increment in biogas production of 180% and 234% in CH4 production, when magnetite NPs (100 ppm, 7 nm) were added. They say, that small iron oxide NPs at non-saturation conditions slowly dissolve and boost bacterial activity in AD. On the other hand, Lin et al. (2017) added three different concentrations  of  graphene  (0.5,  1.0  and  2.0  g/L)  in  an  AD  degrading  cellulose.  They  found  that  the  addition  of  1  g/L  resulted in the highest biomethane yield (695 ± 9.1 mL/g) and production rate (95.7 ± 7.6 mL/g/d), corresponding to an enhancement of 25% in biomethane yield and 19.5% in production rate. This study hypothesized that materials with higher conductivity play a significant role in promoting the direct interspecies electron transfer. The benefic effects of the addition of several nanomaterials during the biological upgrading of biogas were studied, in order to improve CH4 production. The synthesized nanomaterials were magnetite nanoparticles  (MNPs), reduced graphene  oxide (rGO)  and reduced graphene oxide  decorated with magnetite nanoparticles (rGO-MNPs). T he results showed that MNPs and rGO at the three concentration tested (50,100 and 200 ppm) did not boost the CH4 production. Otherwise,  the synergistic  combination  of the rGO-MNPs showed a  higher  CH4 production  compared  with the control (without the nanocomposite); corresponding to an improvement of 47%, 28% and 33% for 50, 100 and 200 ppm, respectively. Based on the results, the improving in biogas upgrading process was linked to the sorption capacity of the nanomaterials, to the electron shuttling capacity provided from the addition of conductive materials like rGO-MNPs into the process and to the release of Fe2+ in the media which permitted to adsorb more H2 and at the same time served as a dietary supply to stimulate microbial activity.

Ph.D. student Itzel studied Chemical Engineering at the Universidad Autónoma de San Luis Potosí (UASLP), Mexico and she graduated as MS in biotechnology and environmental sciences in Instituto Potosino de Investigación Científica y Tecnológica (IPICyT), Mexico at 2016. After finishing the MS, she started her Ph. D. in Advanced Materials at the same institution. She count with stays abroad in Denmark and Canada, at Aalborg Universitet (AAU) and Institut National de la Recherche Scientifique (INRS), respectively. She has published research articles related with biotechnology and nanomaterial