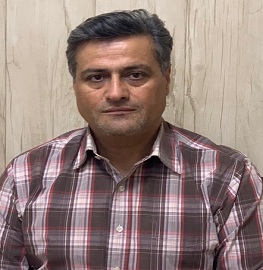 Design and development of biodegradable water-based poly (urethane-urea) dispersions, with poly(ε-caprolactone)–D-glucose polyester polyol as a central core for combining properties of end-functionalized star-shaped polymers, block copolymers and advantages of the presence of both hydrophobic and hydrophilic segments in amphiphilic star copolymers. Herein, A green Star- liked poly(ε-caprolactone) (PCL)–glucose was synthesized in one-pot in the presence of tin(II) 2-ethylhexanoate (Sn(Oct)2) catalyst via ring-opening polymerization(ROP) of CL by D-glucose as the initiator. The prepared pentol was reacted with hexamethylene diisocyanate (HDI), dimethylol propionic acid (DMPA), triethylamine (TEA), and ethyldiamine (EDA) as a chain extender to afford the WPCL-b-PUU star-block copolymer through the acetone process. The chemical structure of polymers was characterized by Fourier transform infrared spectroscopy (FTIR) and proton nuclear magnetic resonance (1H NMR). Also, the degree of polymerization (DPn: 14), average molecular weight (Mn: about 8,000 g mol−1), OH value and functionality of oligopolyol (4-5) were determined using 1HNMR spectroscopy. The polydispersity indices (PDI) were (1.69) for star polyol and (1.797) for star-block copolymers. The glass transition temperatures, melting points, crystallinities, and decomposition temperatures of the copolymers were measured by thermogravimetric analysis (TGA) and differential scanning calorimetry (DSC) with a heating rate of 10° C/min under nitrogen. X-ray diffraction (XRD) and scanning electron microscopy (SEM) were used to analyze the crystallinity and morphology of synthesized polymers. In vitro cytocompatibility studies performed over 72 h indicated that WPCL-b-PUU star-block copolymer was nontoxic to mouse fibroblast cells (L929). The in vitro degradability of this was investigated with evaluating the morphological changes, and gravimetric measurements after soaking the copolymer in PBS (pH 7.4, Invitrogen, CA, USA) at 37 °. Therefore, these analyses indicate That the WPCL-b-PUU star-block copolymer is a biocompatible, biodegradable polymer and can be considered as a suitable carrier for designing novel drug delivery systems.

Professor Mir Mohammad Alavi Nikje studied Chemistry at Tehran University, Iran and gained BS and MS degree there, in 1991 and 1994. In 2001 he obtained his Ph.D. degree in Organic Chemistry from Tehran Teacher University. In 2001 he became Assistant Prof. of Organic Chemistry at the Imam Khomeini International University (IKIU). His researches are about polymer functionalization, Polyurethane Chemistry, nanocomposites and condensed polymers chemical recycling using the conventional heating method as well as Microwave Energy.  During the past decade, he published more than 200 papers, 10 domestic patents and 3 valued books internationally and a lot of book chapters in the academic and industry-based publication houses. He became an Associate Professor in 2008 and a Full Professor in 2014, respectively.