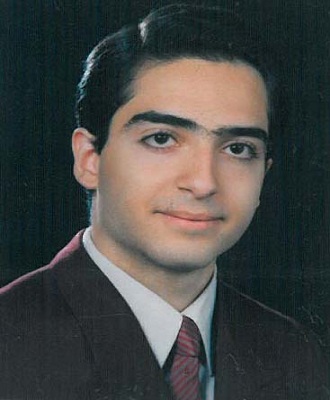 This research introduces Sorush Cancer Treatment Ptotocol (SCTP) based on successful cancer treatment methodology which has done by Dr. Somayeh Zaminpira and Dr. Sorush Niknamian in 54 cancer patients in Violet Cancer Institute (VCI), Combining Specific Ketogenic Diet (SKD)- which has 80% saturated fat, 15% Protein with the lowest glutamine and 5% complex-high fiber carbohydrate- and intravenous ozone therapy which has had marvelous results in the treatment of several cancers in human models. The aim of this protocol is to weaken and starve cancer cells, decreasing acidity, increasing the immune system response, decreasing the possibility of metastasis and decreasing the cachexia without any serious side effects in cancer patients. This protocol introduces mega vitamins and minerals plus several supplements based on some tried and true protocols mainly the Budwig and Bill Henderson Protocol (BHP) with serious revisions. The BHP incorporates principal components of the Budwig Diet which was developed in the early 1950s by German chemist Dr. Johanna Budwig (1908–2003). Budwig’s theory is based upon the work of Otto Warburg (1883–1970). Warburg was an earlier Nobel Prize Laureate (1931) for the discovery of the nature and action of the respiratory enzyme, the first of the so-called yellow enzymes, or flavoproteins. Warburg’s scientific efforts produced a large body of work and publications in highly respected journals such as Science (1928, 1956). According to Budwig, Warburg theorized that cellular respiration, like many chemical reactions, was dependent upon substrate availability, specifically a sulphydryl group and an unknown saturated fatty acid, which he failed to identify. According to Dr. S. Zaminpira and Dr. S. Niknamian, Cancer is an Evolutionary Metabolic disease (EMHC) and the main cause of cancer is the Butterfly Effect inside normal cells as a result of increasing the amounts of Reactive Oxygen Species (ROS).

(Sorush Niknamian PhD MRSB FChE FNNECOS FTSCO ANCC, AANP, ACPE, ACHE, ADA CERP APA FMDCSCO) Ph.D. in Cell and Molecular Biology and Oncology and Professor of Cell and Molecular Biology, Oncology and Biological Attacks. He is a Professional Biologist, Senior Research Scientist, Chartered Scientist and Registered Scientist at Violet Cancer Institute (VCI). His Science Council ID is: A-0008833. He is one of United Kingdom and Indiana Cancer Consortium (ICC) certified. He is a Registered Researcher in the U.S. Government's System for Award Management, Registered Scientist at National Center for Biotechnology Information. He is studying Medicine/Military Medicine at Liberty University (LU), Lynchburg, VA, United States of America. He holds Bachelor’s Degree in Mechatronics Engineering, applied Mathematics, Civil Engineering and Management. He is a Member of US Government National Science Foundation, Member of Hera Swiss Volunteers (ID: 198036), Member of US Army American College of Physicians Chapter, Ambassador of American Cancer Society (ACS CAN) and former Ambassador of European Association for Cancer Research (EACR), Active Member of Federal Health Professionals at US Army Forces and Certified Member of American Red Cross and Food Regulatory Affairs Professionals. He is a Board Member and contributor of Weston A Price Foundation co-founded in 1999 by Sally Fallon (Morell) and nutritionist Mary G. Enig. PhD. He Holds Honorary Doctorate of Cancer Biology and Doctor of Science from Violet Cancer Institute. He is preserved and nominated for the preserved as Position Title: DIRECTOR OF MILITARY SUPPORT, Agency: Army National Guard Units. Announcement Number: ID: WA-10507254-AR-19-161. Extra Information: DIRECTOR OF MILITARY SUPPORT located at the WASHINGTON J3 DCSOPS. Professor Sorush Niknamian is an ACP Chapter member in United States Army and Air Force. Active Member of IMRTC-USA (International Management Research and Technology Consortium Research) as Advisor, Referee, Professor at IMRTC-USA (International Management Research and Technology Consortium Panel. He is a Service Member of Modern Military Association of America. Certified Member of World Medical Association with ID: 5c7b154b01602 as a Junior Medical Doctor. He is an Active Member of the National Guard Association of the United States of America (Branch: Army, Rank: Major, State Affiliation: Maryland and Serving Volunteer at the Peace Corps of the United States of America (Ref ID: 10811430) and certified member of The National Bureau of Asian Research. He is a member of Military Officers Association of America (Member Number: 05670401, Rank: Major).