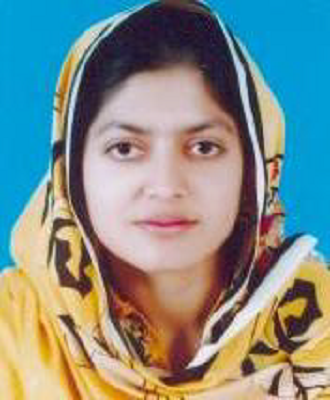 Naturally isolated compounds have broad range of varieties in their structures than the synthetic ones.  A large number of drugs approved by FDA (Food and Drug Administration) have derived from plants are natural compound. For example cytosine has been utilized to cure tobacco addiction in Europe from many years and it is used as natural form extracted from Cytisus laburnum as alkaloid. Similarly the most common drug used to cure HIV with a specific mode of action as a non-nucleoside reverse transcriptase inhibitor (NNRTI) Calanolide A is extracted from Calophyllum lannigerum. Diabetes mellitus is a macro vascular complication associated with dyslipidemia. The most common factors responsible for diabetes mellitus are the sedentary lifestyle and unhygienic nutrition.  It has affected low-income nation where conventional medicine is a great burden to afford for diseases treatment and population depends upon herbal medicines for their primary care. A large number of indigenous plants have been found useful to cure diabetes. Use of medicinal plants for primary health care is preferred due to their readily availability and low side-effects. More than 50% modern clinical drugs have natural origin. According to World health organization (WHO) about 80% of population from countries under development relies on traditional medicine to cure their diseases. Hibiscus rosa sinensis, is very valuable and biologically important medicinal plant having a wide variety of beneficial effects on human health as reported in ancient medicinal system. It has also been utilized in traditional folk medicinal system to cure a large number of varieties. Different parts of the plant in different forms as water extract, solvent extract, tea, paste and in dry forms have used for primary health care in local community. Purpose of present study was to find out the anti-diabetic potential of medicinal plant Hibiscus rosa sinenesis. 200mM (0.022g) solution of Methanolic extract of Hibiscus rosa sinensis was prepared and then diluted to 250µL, 200µL, 150µL, 100µL, 50µL and 25µL. starch was used as standard and α-amylase solution was prepared in 25 ml of sodium phosphate buffer solution. Activity was measured by taking absorption on spectrophotometer and results were analyzed by using pad prism for graph. It was concluded that the 100µL best dose giving excellent activity.

Dr. Nusrat Shafiq, Assistant Professor, Department of Chemistry, Government College Women University, Faisalabad-38000, Pakistan, studied chemistry at The Islamia University of Bahawalpur, 2008 as Master of Science, graduated as M.Phil 2010. She then Joined the Research group of Prof. Dr. Muhammad Saleem at the department of chemistry, Natural Organic chemistry Laboratory as PHD scholar 2010 and received PhD degree in 2014. She joined the research group of Dr. Gennaro Pesctelli, Pisa University, Italy as visitor scientist during June 2013 to December 2013. March 2014, she joined University of Wah as lecturer. After one year she has joined Government College Women University as Assistant Professor 7th April 2015 to Present. She has published 32 research articles in SCI (E) journals.), one book and more than 5 abstracts in international conferences and symposiums.