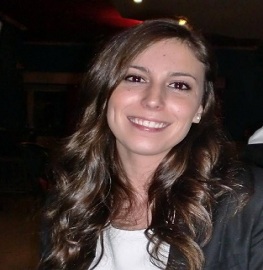 Bryophyllum pinnatum is a succulent perennial plant traditionally used in the treatment of premature labour, first in anthroposophic hospitals and, recently, in conventional settings as an add-on medication. Experimental evidence obtained with uterus strips supports this use and suggests that bufadienolides might be responsible for the tocolytic effect. Previous work with myometrial cells showed that B. pinnatum leaf press juice (BPJ) inhibits the increase of intracellular free calcium concentration ([Ca2+]i) induced by oxytocin (OT), a hormone known to trigger myometrium contractions. However, it is not known which compounds in BPJ contribute to this inhibition and whether BPJ affects other OT-induced signalling pathways. Here we compare the inhibitory effects of BPJ, a bufadienolide-enriched fraction (BEF), a flavonoid-enriched fraction (FEF), the corresponding flavonoid aglycon mixture (A-Mix), bersaldegenin-1,3,5-orthoacetate (BO), the combination of BEF and FEF, and the OT-receptor antagonist atosiban on the secondary intracellular effects triggered by OT, such as changes in intracellular calcium levels and phosphorylation of mitogen activated protein kinases (MAPKs). To study the effects on OT-triggered [Ca2+]i increase, human myometrial hTERT-C3 and PHM1-41 cells that had been loaded with a calcium specific fluorescent probe (Fura-2-AM) were pre-incubated with test substances or vehicle controls. Then, cells were stimulated with OT to induce a rapid and transient increase in [Ca2+]i. [Ca2+]i was measured by real-time fluorescence spectrophotometry. To examine the phosphorylation of MAPKs by Western-blotting, hTERT-C3 cells were incubated for 30 min with BPJ and then stimulated with OT. BPJ led to concentration-dependent decrease of the OT-induced increase of [Ca2+]i in both cell lines (p<0.0001), achieving ca. 75% inhibition at a 20 µg/mL concentration. Atosiban also promoted a concentration-dependent effect on [Ca2+]i in both cell lines (p<0.0001). BEF, FEF, BO, A-Mix, and the combination of BEF and FEF led to concentration-dependent decrease of the OT-induced increase of [Ca2+]i in hTERT-C3 cells (p<0.05). BEF (2.2 µg/mL), FEF (17.4 µg/mL), BO (0.04 µg/mL), and A-Mix (0.7 µg/mL), at concentrations corresponding to 20 µg/mL BPJ led to ca. 25% decrease of the OT-induced increase of [Ca2+]i. The combination of BEF plus FEF led to a decrease of 55.3%. In addition, BPJ significantly reduced OT-induced phosphorylation of MAPKs p38 and JNK at its maximum (5 min incubation). We have demonstrated that BPJ not only promotes a specific and concentration-dependent effect on the OT-induced increase of [Ca2+]i, but also inhibit the OT-induced activation of important MAPKs. Compounds present in BEF and in FEF seem to have a synergistic effect on the inhibition of the OT-induced increase of [Ca2+]i, which is comparable to the effect of BPJ.

Stefanie Santos studied Biochemistry at the University de Trás-os-Montes and Alto Douro (UTAD), Portugal and graduated as Master of Laboratorial and Clinical Biology in 2014. She then joined the research group for Perinatal Pharmacology and Biochemistry headed by PD Dr Ana-Paula Simões-Wüst at the department of Obstetrics, University Hospital of Zürich. She has been focusing on the pharmacology of Bryophyllum pinnatum.