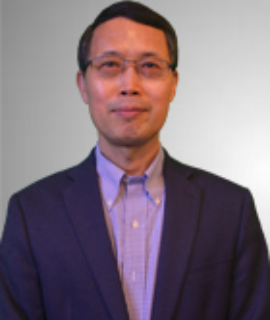 Biotherapy in cancer and several other diseases has been rapidly growing. On the other hand,  litter is known about biotherapy in respiratory diseases. One of common and devastating respiratory diseases is asthma. The current medications in asthma are not always effective, often produce serious side effects, sometimes worsen symptoms and even cause death. Evidently, the development of novel and effective medications has reached a new level of urgency. Lentivirus- and shRNA-mediated loss and gain of gene function have been shown to embody a promising human gene therapy. Thus, we have started to develop lentivirus-based shRNA targeting at new specific molecules as a biotherapy to treat asthma.

Based on the current novel and important findings with previous vigorous reports, we conclude that TRPC3 channel plays an essential role in the development of asthma, the roles of TRPC3 channel are mediated by both PKCα/IkBα-mediated and calcineurin/IkBb-dependent, NFkB-linked cyclin D1 signaling pathways, and lentiviral SMC-specific TRPC3 channel shRNAs may become a novel and effective bio-based therapeutics for asthma.

Dr. Yong-Xiao Wang has been a Full Professor in Department of Molecular and Cellular Physiology at Albany Medical College since 2006. Dr. Wang obtained his MD at Wannan Medical University and PhD at Fourth Military Medical University. He received his postdoctoral training at Technology University of Munich and at University of Pennsylvania. His research interests are mainly focusing on basic, translational and drug discovery research in respiratory and cardiovascular biology and diseases, specifically on ion channel, calcium, redox and other signaling. He has had numerous publications in highly peer-reviewed journals including Nat Commun, 2020; Proc Natl Acad Sci USA, 2009; Nature, 2002; and Circ Res, 1995.